The Theatre NIGHT event is part of the platform European Theatre Night and challenges all those who love theater.

The initiative has become a cause and positive campaign for the Bulgarian theater and opera, as well as for each artist in the sphere.

The very first edition of “Theatres Night” in Sofia gathered over 20 000 people in theatres, alternative cultural places – clubs, halls and outdoor locations, which organizers has used to show the different forms and faces of the theater. There were over 80 performances and shows, which included a few premieres, plays, workshops , theatre and opera exhibitions, musical performances, puppets , readings and huge fire theater performance. Within 15 hours (from 10:00am to 03:00 in the morning) Sofia became a major theater scene and joined the tradition of European capitals to show theater on a large scale and brought in overnight.

The theater received massive and positive communication campaign, which aimed to present its different scenes, new season plays, actors and different artists, as well to melt the limits between the audience and scene, bringing them different emotions in one magical night; to introduce young audiences to the theater profession; making this art available for people from different social groups, who can’t afford visiting it other time.

Two of the biggest theatrical institutions in Bulgaria opened their doors and organized a group tours with a famous actor guide, which showed for the very first time to the fans where the magic happens : the stage, dressing rooms, wardrobe. Visitors had the opportunity to hear stories from the “Theatre Night ambassadors” – who were young and passionate actors who tried to pass their love to the theatre and involve the public. Theatre companies, so-called in Bulgaria as “Independent scene” was very colorful, interesting and provocative, and captured the audience with its spontaneity, professional improvisation and fiery temperament. 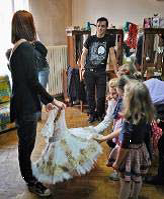 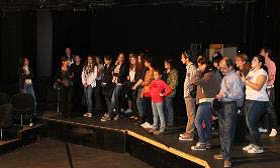 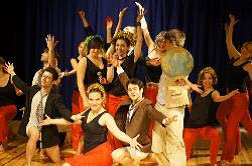 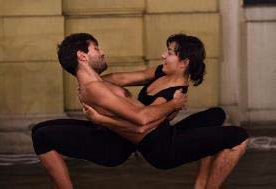 More info about the programme in 2017 on http://www.theatresnight.org/1074

Organizers of the Theatre Night in Bulgaria: Art Projects Foundation in cooperation with InformBureau Association and Bulgarian Artist Union.